Oral steroids and their key advantages 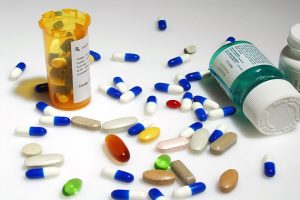 Steroids belong to the groups of molecules called lipids, and there is a lot of different steroids in our body used for different function. For example cholesterols is a steroid, and without it the cell membrane can’t be built.

But when it comes to the sport performance enhancement then we are always talking about the anabolic steroids.

Anabolic steroids are the group of substances which are actually derivative of one hormone, and that is testosterone. We call them anabolic because of their function to promote anabolism, especially the anabolism of the muscle tissue through the process of protein synthesis.

Testosterone is a male sex hormone, although it can be found in both males and in much smaller amounts in females.

So yes, steroids are produced naturally in the body, and those natural amounts are needed for normal functioning of the body.

Promotion of protein synthesis is actually the secondary function of the testosterone, primal being the spermatogenesis (production of sperm), gonadotropin feedback, and embryonic differentiation.

Where the testosterone comes from?

The testosterone is produced by gonads, or testicles in men and ovaries in women, and in a much smaller amounts in adrenal glands. Testosterone is a hormone and hormones plays huge role in regulation the bodies’ functions.

Production of testosterone starts a few weeks after conception, and lasts throughout the whole life in a healthy male. The times of great changes that occur in our bodies is during puberty. That is when the testosterone and estrogen start being mass produced. After the years of 30 level of testosterone slowly decreases, and that is perfectly normal, in a healthy adult.

But another image of a healthy young man is painted through the athleticism. And it has been like that for a many thousands of years.

The athleticism is closely tied with testosterone. The testosterone is the strongest anabolic substance that naturally exists. It makes us stronger, and bigger. When the people realized how effective it is, naturally they wondered what if we had more of that.

Unlike other anabolic substances used by athletes, both professional and recreational, the use of testosterone leaves a little room for doubt about its effect on athletic performance.

The studies that observed athletes that were administered short-term of anabolic steroid (testosterone derivative) notified the increase of strength from 5-20% of initial strength level, and increase in, most likely lean body mass, of 2-5kg.

Before going on, let’s be straight first. Use of anabolic steroids for the purpose of enhancement of athletic performance is illegal, both by professional athletes and fitness enthusiasts, and in many countries possession of it without proper prescription and distribution is subject to criminal prosecution.

Administration of the steroids are done in mostly 2 ways. Through injections and orally, and there are also gels and creams.

The effect they have on anabolic processes in the body is not administration dependable although there are claims that using it orally provides much stronger effect than when injected. But one thing is certain, the adverse impact on liver is much greater when consumed orally.

Oral steroids come in the form of tablets and liquids. Unlike the injectable steroids, the oral ones must be used on regular daily basis. Some common ones are Anadrol, Dianabol, Winstrol.

Everything that we consume orally most go through the digestive system, get “checked and processed” by liver, and then be free to do its function in the body. This is the way of body is keeping itself safe.

So in order to create effective synthetic steroid, producers had to alter it a bit so it can get the full amount of hormone to the blood stream. Therefore we now have so-called 17aa steroids, and without going deep into biochemistry let’s just say that very same process that keep steroid useful, is toxic to the liver when oral steroids pass through the liver.

But besides having toxic impact on liver, one of the most important side-effect is the effect of high level of testosterone on testicles that should originally produce it. The testosterone is being used to treat hipogonadism, but anabolic steroid abuse can also lead to development of hipogonadism in adult and otherwise healthy males. One anonymous survey among the adult patients treated for hipogonadism, had 43% of them reported previous use of anabolic steroids.

When it comes to the use of androgen anabolic steroids, (the word androgen comes from Greek word for man), by women, there are a lot of very unwanted side effects of virilization.

The virilization is the process of developing male characteristics in females, such as deep voice, facial and body hair. This process is also called masculinization. It was especially noticeable in the eastern European block during the 1970’s, when female competitors from eastern European countries were very man-like due to the excessive administration of anabolic steroids.

But now there is oral steroids like Anavar that is claimed to be very low liver-toxic, and without the side-effects of virilization which makes it very suitable for use by females looking for fast increase of athletic abilities.

Since the very potent effects on muscle building and strength increase, oral steroids have been very broadly used, and let’s face not everyone is a fan of needles, but some of them such as Dianabol and Halotestin are used especially because of providing desired results very fast, but their use is not recommended to last more than a 6 weeks cycle, or 4 weeks in a case of Halotestin.

The use of steroids, if wanted to be done properly, with limiting damage to the liver primarily, and other side-effects, should be done in cycles. The way of using steroids are mostly done through cycling, stacking, and pyramiding.

Stacking is use of multiple different steroids of use, not just orally but also the injectable, in order to get the cumulative and synergetic effect of different chemical components of steroids.

The pyramiding is the term of use of steroids by slowly increasing the dosage up to a certain point, and then lowering the dosage to the initial level, and then start a cycle without steroids.

These techniques supposedly should provide safe use of steroids, so that the body has time to get used to high dosages, and recover from the negative effects, but none of those techniques are scientifically proven.

Anabolic steroids are more often than not self-administered, and beside physical there is a lot of impact of psyche of the user. Mood changing, mania, depression, rage, are all of possible and unfortunately very often side-effects, so the use of steroid is self-administered by a user of sometimes impaired judgment. The reverse anorexia is quite common when it comes to muscle building. The levels of hormones consumed or injected are 10-100 times larger than used in medicine, and that is the only kind of use that has been examined and tested. Not to mention than there is a lot of examples of use/abuse the steroids, not even produced for use on humans.

It is not unheard, especially in the bodybuilding circles, of using the steroids meant to be used on horses. Now imagine 120-130kg bodybuilder, using several time higher dosages of dose prescribed for a 700kg horse.

This is the extreme example of abuse not only of steroids, but of the body as a whole, but professional sport tends to be extreme, and when it comes to be champion, many athletes would do anything not only in bodybuilding. 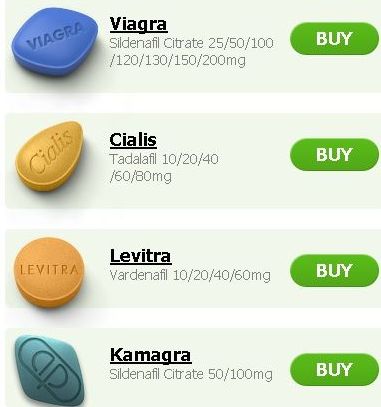